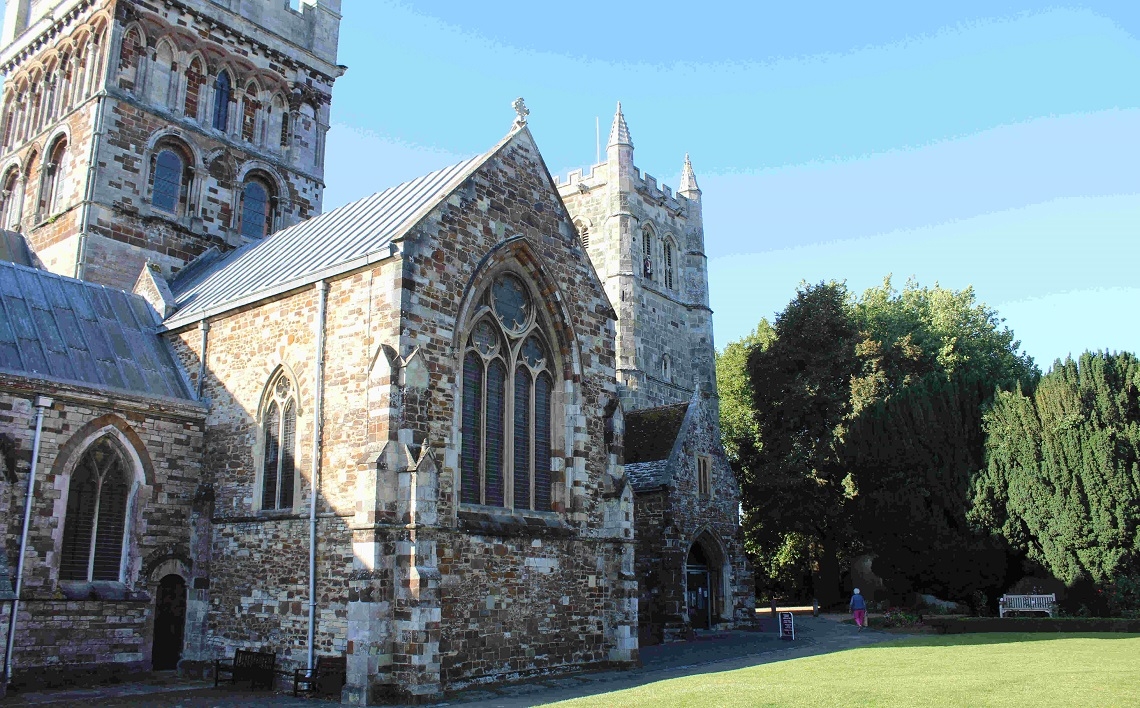 At Dorset Property we are lucky enough to have an office in Wimborne only 2 minutes walk away from the famous Wimborne Minster Church.

Wimborne Minster Church is a former monastery and Benedictine nunnery and has existed for over 1300 years. The church incorporates Norman and Gothic architecture and is famed for its chained library, which is one of only a few surviving chained libraries in the world. Here books are literally chained to the bookshelves with a chain long enough for the reader to take the book from the shelf and read it but not actually remove it from the library. Chained libraries were common practise from the middle ages to the 18th century to prevent theft, especially of reference texts. The Wimborne Minster chained library houses some important historical texts such as a manuscript written on lambskin in 1343, a book bound for the Court of Henry VIII, an incunabulum printed in 1495 on the works of Saint Anselm and a Paraphrase of Erasmus printed in 1522 with a title page designed by Holbein.

Wimborne Minsters’ long history also includes a number of ancient burial tombs, made of Dorset Limestone and New Forest stone, of historical figures including the tomb of King Ethelred, the brother of the King of the Anglo Saxons, Alfred the Great, the tomb of John Beaufort, first Duke of Somerset and his duchess and the tombs of the maternal grandparents of King Henry VII of England.

Another historical point of note is that Wimborne Minster is also home to the Wimborne Minster Astronomical Clock, one of a group of famous 14th to 16th century astronomical clocks to be found in the West of England and is currently maintained by a local Wimborne resident. The clock’s case dates back to the Elizabethan age but the face and dial are much older.

Dorset is a county bursting at the seams with places of historical interest and beautiful countryside.  If Dorset is a place you are planning to move to then don't hesitate to get in touch with the Dorset estate agent, Dorset Property.  We look forward to hearing from you.