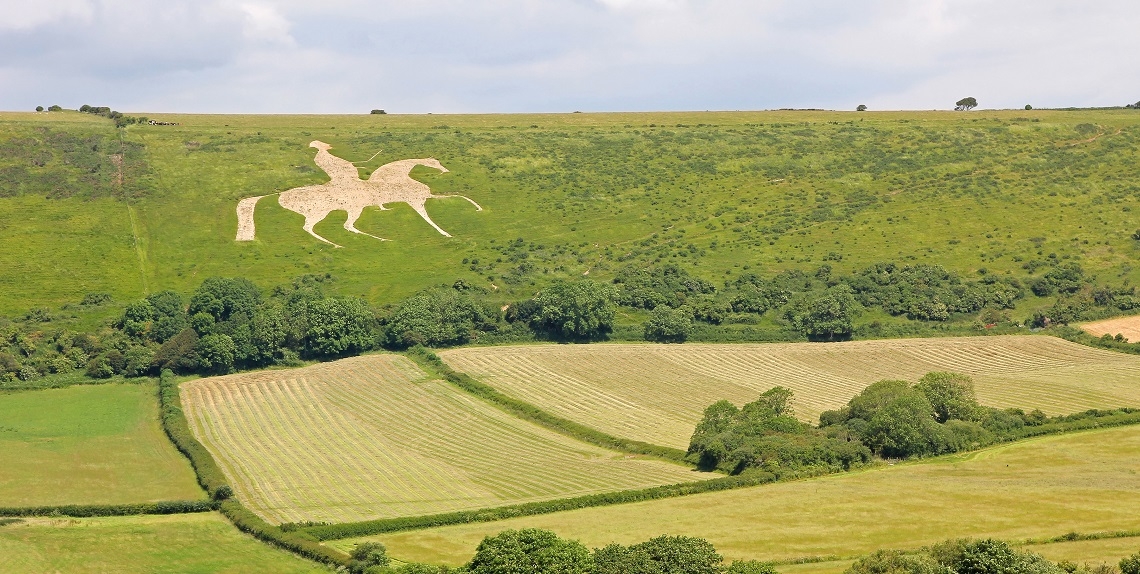 Just north of Weymouth on the South Dorset Downs, in the parish of Osmington, you will find an imposing hill figure cut into the limestone of Osmington Hill; the Osmington White Horse.

The figure can be seen for miles around and portrays King George riding his horse.  King George was a regular visitor to Weymouth and liked it so much he made it 'the first resort'. King George and his horse measure 280ft (85m) long and 323ft (98m) high.  The best view of this striking hill cut can be seen from the road that runs between Osmington and the outskirts of Weymouth.

Originally cut into the hillside in 1808 the figure was cleaned and restored to its original glory in time for the 2012 summer Olympics.  Volunteers completed the work in March 2012 and their efforts were marked with a ceremony, attended by Princess Anned, at which a new plaque, made of local stone, was unveiled.